I’m often greeted with mixed responses whenever I mention one particular practice in  which my husband and I participate:  fasting.  “Why would you choose not to eat on purpose?”  “I could never do that.  I get angry when I’m hungry.”  “You’re crazy.”  These are just among the top of hundreds of responses I receive to the topic of fasting. 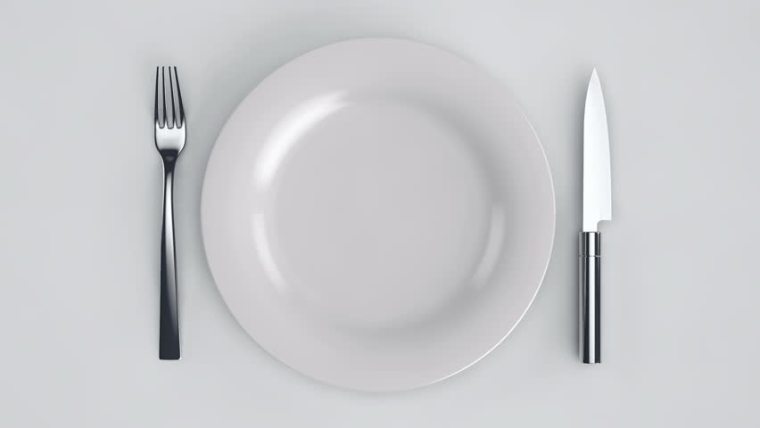 Intermittent and long-term fasting are nothing new. In fact, the practice dates back to figures such as Esther, Hippocrates, and Jesus.  Perhaps it was so popular because of the acute mental clarity it provides.  Fasting has been practiced as both a spiritual and health discipline, and it seems ancient wisdom is now becoming a modern fascination.  While fasting is a quick way to drop excess pounds, for my husband and me it is about much more than a svelte waistline, it’s a matter of health.  First, to quell a few myths.

Fasting does not force your body into starvation mode, nor does it slow your metabolism.  The great thing about fasting is because it is such a widely practiced spiritual discipline, research abounds.  Fasting creates a different reaction in your body than does mere calorie restriction, where calories are consumed but at a severely restricted rate.  During fasting, metabolism stabilizes and even rises, growth hormone and adrenaline increase to maintain energy and muscle mass, and blood sugar and insulin levels decrease (Fung, 116).  Ultimately, weight gain is a matter of insulin resistance.  When we eat, the level of glucose in our blood rises.  Insulin moves glucose from the bloodstream to the cells, so it can be used as energy.  What happens when we are constantly eating our “healthy” three meals and three snacks loaded with sugar and excess carbohydrate is that our insulin level is constantly high as it attempts to shuttle glucose into cells that are already full.  As a result insulin resistance results and stored body fat is never able to be used as energy because glucose abounds.  In fact, that excess glucose is stored as more fat that our bodies do not need.  Fasting lowers insulin quickly and effectively, which can combat insulin resistance and lower weight by giving our bodies a break from the blood glucose/insulin roller coaster.

But fasting is about so much more than weight loss.  Here’s just a few of the benefits of fasting:

The part of fasting that appeals to me most is the concept of autophagy.  Autophagy, coined by Nobel Prize winner, Christian de Duve, comes from the Greek auto (self) and phagein (to eat).  In other words, it is a type of self-regulating, cell-cleaning process, where cells will break down and recycle broken cell components making the way for cell renewal.  Apoptosis is another cell process where cells will kill themselves, which is necessary for good health.  In fact, both apoptosis and autophagy are critical for cell health (remember, cancer is a disease of cell disorder).  Too much glucose, insulin, or protein, though, shut down the autophagy process.  If the body thinks it has a constant supply of food available, then it believes cell renewal is unnecessary, thus halting the much-needed autophagy.  Fasting solves this dilemma.  Autophagy is also believed to play a vital part in preventing Alzheimer’s disease by encouraging the removal of amyloid beta proteins in the brain, the accumulation of which destroys synaptic connections in the memory and cognition areas (Fung, 153).

Fasting could also be critical in the fight against cancer.  Dr. Otto Warburg won a Nobel Prize for his discovery that cancer cells metabolize glucose a

nd only glucose, a discovery that became known as the Warburg Effect.  All other cells can fuel themselves from either glucose or fat, specifically ketones.  Cancer cell needs glucose to survive, so by lowering levels of glucose in the blood stream, one can essentially starve cancer cells. This is what the diabetes drug Metformin does, and it has also been proven to reduce cancer (VanDershelden,203).  Once we were able to crack the DNA code, cancer research switched to genes and heredity and the Warburg Effect was largely ignored until recently.  Fasting could be an effective tool in our arsenal in the fight against cancer.

While fasting has many benefits (entire books are written on the topic), it isn’t always easy.  My husband and I began with the practice of intermittent fasting, which has just as many benefits as long-term fasting, where we would skip breakfast and not eat for 16-18 hours.  The first time we attempted a seven day fast no one wanted to be within a mile of me.  Even though I was fat adapted and my hunger waned after the third day, I still just wanted to eat.  Since our first seven day fast in August,  we’ve attempted two five day fasts and several three day fasts.  In fact, I just finished a three day fast, which was the easiest one so far, so like most disciplines, it gets easier with time.

While fasting isn’t for everyone and extended fasts aren’t necessary to achieve the cellular or metabolic benefits of fasting, it can be a health-boosting practice easily added to any routine.  If you want to know more, I recommend the books The Scientific Approach to Intermittent Fasting by Dr. Michael VanDerschelden and my favorite, The Complete Guide to Fasting by Jason Fung, MD and Jimmy Moore.  Dr. Fung also authored The Obesity Code, which I also highly recommend.  Fasting is a practice that I believe holds both long-term and short-term benefits that can transform your health.  It’s a thousands year-old practice that has withstood the centuries, and I believe will lead to health breakthroughs in this one.